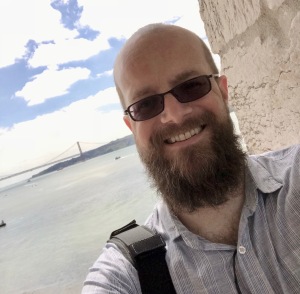 I was born in the West Midlands in the early Seventies, and worked as an English Teacher for nearly ten years before going part time to study for an MA in Creative Writing at Manchester Metropolitan University. My short stories have been widely published both online and in print, appearing most recently in the pages of The London Magazine, The End: Fifteen Endings to Fifteen Paintings, Being Dad: Short Stories about Fatherhood, Bath Short Story Award Anthology 2015, Unthology 7, and New Short Stories 8.

In January 2013 I received a Carve Esoteric Award for my short story ‘Storm in a Teacup’, while ‘Half-mown Lawn’ won the Yeovil Literary Prize for short fiction and is included in The Best British Short Stories 2012. I also won second prize in the Bath Short Story Award 2015 for my story, ‘Dancing to the Shipping Forecast’ In 2017, my short story ‘The Ideal Husband Exhibition’ won 3rd Prize in The London Magazine short story prize. My debut collection of short fiction, Looking Out of Broken Windows, published by Salt, was shortlisted for the 2013 Scott Prize and long listed for the Frank O’Connor International Short Story Award and the Edge Hill Prize.

Since 2012 I have led writing workshops both in schools and at literary festivals across the UK. In June 2015 I delivered a series of workshops on encouraging disengaged writers at the NATE National Conference. In 2014 I became a First Story writer-in-residence and in 2015 I received an Author’s Foundation Grant from the Society of Authors and a Royal Society of Literature Brookleaze Grant to develop my writing.

I am currently completing my research PhD in Creative Writing, focusing on preclosure in the British short story.