I’m a bit of a sucker for writing rules, even though I know that there really are no rules. I suppose what I really like is what they tell me about another writer’s process.

This list of thirteen rules from the desk of Walter Benjamin is new to me. Particularly the awareness of a need for for a writer of larger works to be lenient with themselves in the first ‘rule’. That leninece is necessary when engaging with the long haul of a lengthy text. Also, rule XII (‘the work is the death mask of its conception’) speaks to my favourite ever quote on writing from the peerless Iris Murdoch: ‘Every book is the wreck of great idea.’

Kind of pleasing that I worked out much of value from Benjamin’s list for myself, through the evolution of my writing process over years. The best advice from this list for the writer starting out? Probably VII. The only way to finish something is to write it out, even if the words aren’t flowing. Trust the process and they will. Eventually. 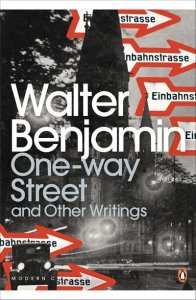 I. Anyone intending to embark on a major work should be lenient with themselves and, having completed a stint, deny themselves nothing that will not prejudice the next.

II. Talk about what you have written, by all means, but do not read from it while the work is in progress. Every gratification procured in this way will slacken your tempo. If this régime is followed, the growing desire to communicate will become in the end a motor for completion.

III. In your working conditions avoid everyday mediocrity. Semi-relaxation, to a background of insipid sounds, is degrading. On the other hand, accompaniment by an etude or a cacophony of voices can become as significant for work as the perceptible silence of the night. If the latter sharpens the inner ear, the former acts as a touchstone for a diction ample enough to bury even the most wayward sounds.

IV. Avoid haphazard writing materials. A pedantic adherence to certain papers, pens, inks is beneficial. No luxury, but an abundance of these utensils is indispensable.

V. Let no thought pass incognito, and keep your notebook as strictly as the authorities keep their register of aliens.

VI. Keep your pen aloof from inspiration, which it will then attract with magnetic power. The more circumspectly you delay writing down an idea, the more maturely developed it will be on surrendering itself. Speech conquers thought, but writing commands it.

VII. Never stop writing because you have run out of ideas. Literary honour requires that one break off only at an appointed moment (a mealtime, a meeting) or at the end of the work.

VIII. Fill the lacunae of inspiration by tidily copying out what is already written. Intuition will awaken in the process. Nulla dies sine linea [“no day without a line” (Apelles ex Pliny)] — but there may well be weeks.

X. Consider no work perfect over which you have not once sat from evening to broad daylight.

XI. Do not write the conclusion of a work in your familiar study. You would not find the necessary courage there.

XII. Stages of composition: idea — style — writing. The value of the fair copy is that in producing it you confine attention to calligraphy. The idea kills inspiration, style fetters the idea, writing pays off style.

XIII. The work is the death mask of its conception.