A Song For Issy Bradley – Review 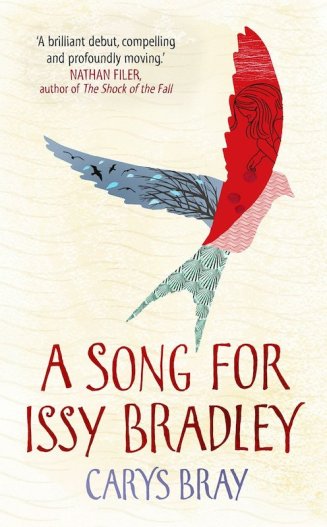 The title of Carys Bray’s debut novel could not be more fitting. A Song for Issy Bradley tells the story of a family facing that most difficult of events, the death of a child, and it does so through the voices of both the parents and the surviving children. The multiple voices form a chorus that builds, chapter on chapter like verses of a song. Each voice overlaps and interacts with those around it like the voices of a choir. The title reflects both the novel’s challenging subject and its powerfully effective structure.

The novel opens with the preparations for a family party but the reader soon becomes aware of the crisis the family is about to face as we are given glimpses of four year old Issy Bradley lying ill in bed, momentarily forgotten in the hubbub of the day. Following her sudden and tragic death, The Bradleys, a Mormon family, must struggle not only to come to terms with the loss of their daughter, but also with how or even if their faith can sustain them through this most terrible of times.

The strength of this novel lies in the variety and veracity of the many voices which drive it. Ian, the father and priesthood holder, struggles to shepherd his family through their grief even as his own is tearing him apart; Claire unable to see past the loss of her child slips slowly into despair;  the children, Zippy, Alma and Jacob must find some way to deal with the absence that has punctured their family. Each character is distinct and each plight is dealt with in a manner that is both honest and moving. The perspective of the youngest son, Jacob, is particularly heartbreaking as he struggles to help along the miracle that his family’s faith has lead him to believe is not just possible but expected.

Despite the emotionally charged subject matter, this is not a book that sinks into sentimentality. When it pulls on the heart strings it does so in an honest manner. The smallest, most unassuming details hit the hardest and it is to the author’s credit that the simplest of events and actions are the ones that have the greatest emotional impact. This is a novel that does not shy away from the difficult questions that grief and faith force families to face. It is a book that shows how hearts can be shattered by loss and how only family can put things back together. It is a brave, sometimes funny and often deeply moving novel that deserves every success.