Catherine McNamara’s debut collection of short fiction was published this month by Indigo Press. A truly international writer, she grew up in Sydney and studied visual communication and African and Asian Modern History, lived in Paris, worked in an embassy in pre-war Mogadishu, and co-managed a bar and art gallery in Accra, Ghana, before moving to Italy ten years ago, where her jobs have included translating welding manuals and modelling shoes. With a bio like that it should come as no surprise that her stories have an international flavour, taking the reader on a pulsing, eloquent journey through post-colonial migration, and loss and decline in Europe. Pelt and Other Stories deals with dirty family secrets, the stealth of AIDS, misunderstood gay love and neglected children. In her continental pieces she shows Europe’s laundered, subjugated environment and her melancholy urbanites.

I will be reviewing the collection, just as soon as I have finished reading it (currently three stories in, all three of which have been corkers) , but today it is my very great pleasure to welcome Catherine to the blog to talk about the short stories that have meant the most to her in her reading life. Ladies and gents, I give you Catherine McNamara’s Life in Short Fiction: 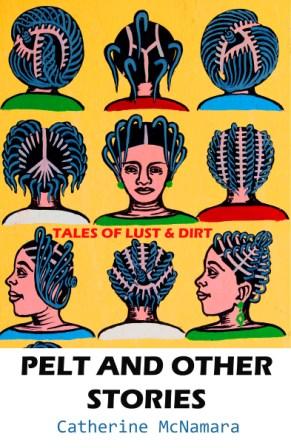 I remember enjoying many novels as a young reader but it wasn’t until I decided to read every book that testy and daunting Patrick White wrote, that I fell into his short story collection ‘The Cockatoos’. All I remember is that instead of the huge and humbling sweep of his novels, these were narrower, harder to be pleased with, and dealt wrathfully with the Sydney suburbs where I was in the process of growing up. White had moved to nearby Castle Hill in the 50s with his Greek lover Manoly Lascaris – it is now a suburb of McMansions – where they grew vegetables and White interpreted the locals. I don’t remember the stories clearly now, but I was drawn to the dense language of these small worlds.

2. The short story that turned you on to writing short fiction.

Like many young readers I swooned over Katherine Mansfield’s stories. Probably ‘At the Bay’ was a catalyst for me. I can’t even find a book of hers on my shelves so this means it is time for a reread. I remember one of my first short stories tried to mimic her voice – especially as I had just moved to Paris. I later found my own material in my first published piece, ‘Elton John’s Mother’, which spoke about welfare Mums in a caravan park on the New South Wales coast!

3. A story by the author whose body of work you feel has most influenced yours.

It would be very pretentious to mention the authors whose shadows I have chased for many years. And I confess there aren’t many writers whose oeuvre I’ve read back to front lately – especially in this very busy phase of my life. When I was younger I was drawn to the language and tone of Joseph Conrad’s novels and short stories and, coming from an ex-colony, saw this as a part of my history and place. The story ‘Youth’ in ‘Youth and the End of the Tether’ brought me to the nearby Far East, to the heavy tropical seas, where Conrad in exquisite language explored – albeit unevenly – the rapport between Europeans and the colonised, between men and the oceans.  I loved his descriptions and the scent of the tropics. ‘Infection,’ one of the stories in my new collection, is my attempt to portray a land traumatised by colonisation and its fall-out, and infuse this with the contemporary issues affecting a small, scarred family.

4. The story from Pelt that most reveals something of who Catherine McNamara is.

Oh gosh! There is one, but I don’t think I can reveal it. All of the stories in Pelt have something lived, something smelt, something withheld.

James Salter made an interesting comment about truth and invention in writing in his Paris Review interview:

The notion that anything can be invented wholly and that these invented things are classified as fiction and that other writing, presumably not made up, is called nonfiction strikes me as a very arbitrary separation of things. We know that most great novels and stories come not from things that are entirely invented, but from perfect knowledge and close observation. To say they are made up is an injustice in describing them.…(E)very writer I know and admire has essentially drawn either from his own life or his knowledge of things in life. Great dialogue, for instance, is very difficult to invent. Almost all great books have actual people in them.

5. Your all time favourite short story.

My recent favourite short story which spent a year by bedside for reference was ‘The Used-Boy Raisers’ by Grace Paley, mainly because of the first sentence ‘There were two men disappointed by eggs.’ It is incredibly tight, graceful and funny. But just lately I read ‘Dusk’ a collection by James Salter, and his story ‘Twenty Minutes’ still makes me feel unsteady and wretched. I don’t know how many times I have read it. (Thank you, Jim Friel.) There is not a word out of place. 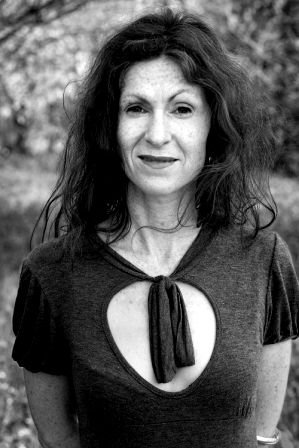 Catherine McNamara grew up in Sydney and has lived in France, Italy, Belgium, Somalia and Ghana.  Her collection ‘Pelt and Other Stories’, semi-finalist in the Hudson Prize, was published in September 2013. Her stories have been published in Wasafiri, Short Fiction, ‘Wild Cards’ a Virago Anthology, A Tale of Three Cities, Tears in the Fence, The View from Here, Pretext and Ether Books.

Pelt and Other Stories is available direct from the publisher Indigo Dreams, the Book Depository, Amazon, and you can of course order it at any good independent book shop, or even Waterstones.